DESIGNED BY NO. 1 RATTY

Welcome to the ANONYMOUS RAT neighborhood! Here, you will find a unique cast of Anonymous Rat characters, including Duck Man, Stinging Duck, Peach Man, Strawberry Snail, Ratty, and many more! You never know who you – or what – you may encounter next around here! Our researchers have compiled this summary of biographical information, but there’s still a lot to discover! 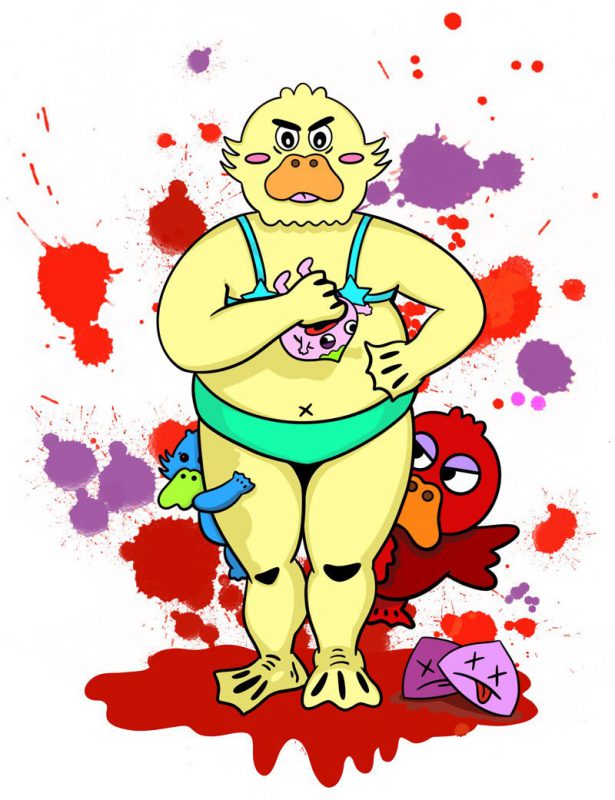 Duck Man is always hungry and looking for his next meal. If he encounters a wild Peach Man, he will immediately stop whatever he is doing to try and catch it. Duck Man is aggressive and doesn’t care about how other people see him.

Duck Man supports the idea of being vegetarian since he protests people eating poultry and advocates for eating more peaches!

The Duck Era is the movement of Duck Man, highlighting the irony that everyday people eat poultry such as chicken and duck, but are uncomfortable when a cartoon duck eats a peach. 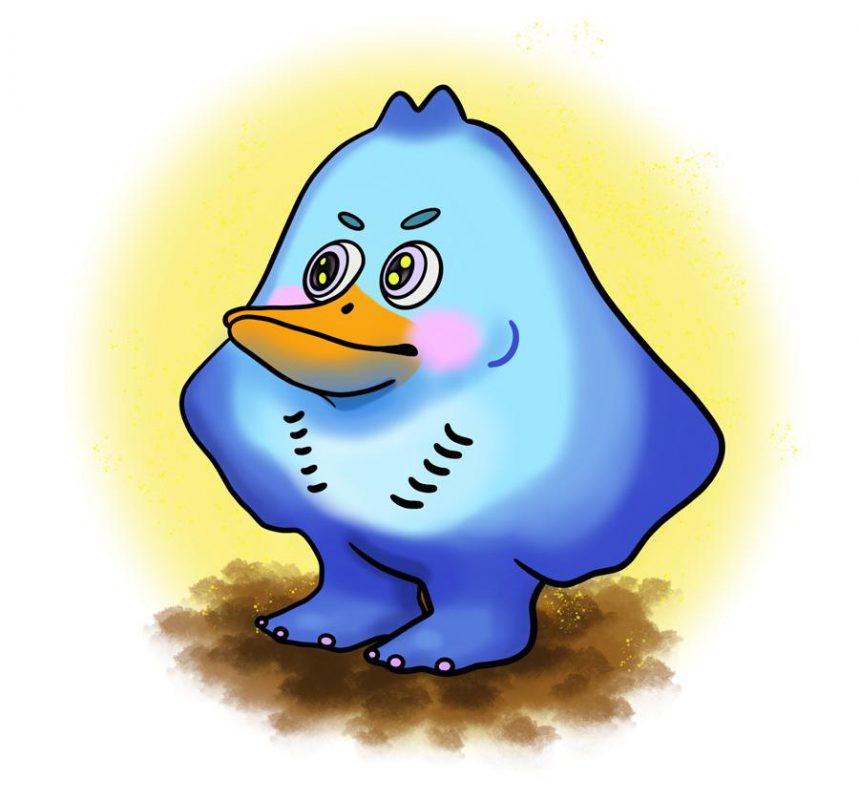 Stinging Duck is a mysterious creature who is known to live under the deep sea. We are still investigating how his genetics were altered from the traditional Duck Man, allowing him to adapt to underwater living.

He spends most of his time playing with electricity and surfing around the sea. But sometimes, his primal instincts kick in, and he has an urge to hunt and eat a wild Peach Man!

He was first discovered and observed by Anonymous Rat’s scientists, while on a deep-sea expedition to search for new forms of energy. Unexpectedly, the research team discovered weird electronic signals coming from a deep undersea canyon. They asked Peach Man to go down and take a look since he’s an expert diver, but what he ended up finding was beyond anyone’s expectations!

Peach Man loves to live life on the wild side.

He’s small & cute, and usually gets nervous, but after a few sips of “peach-juice”…. you never know what might happen next!

There are two versions of Peach Man. Evolved Peach Man has already lived a long life, and when he became an adult, he also grew arms. Petite Peach Man is little, and he hasn’t seen the harsh realities of the world yet (or grown arms).

Peach Man is very goofy and is always nervous. 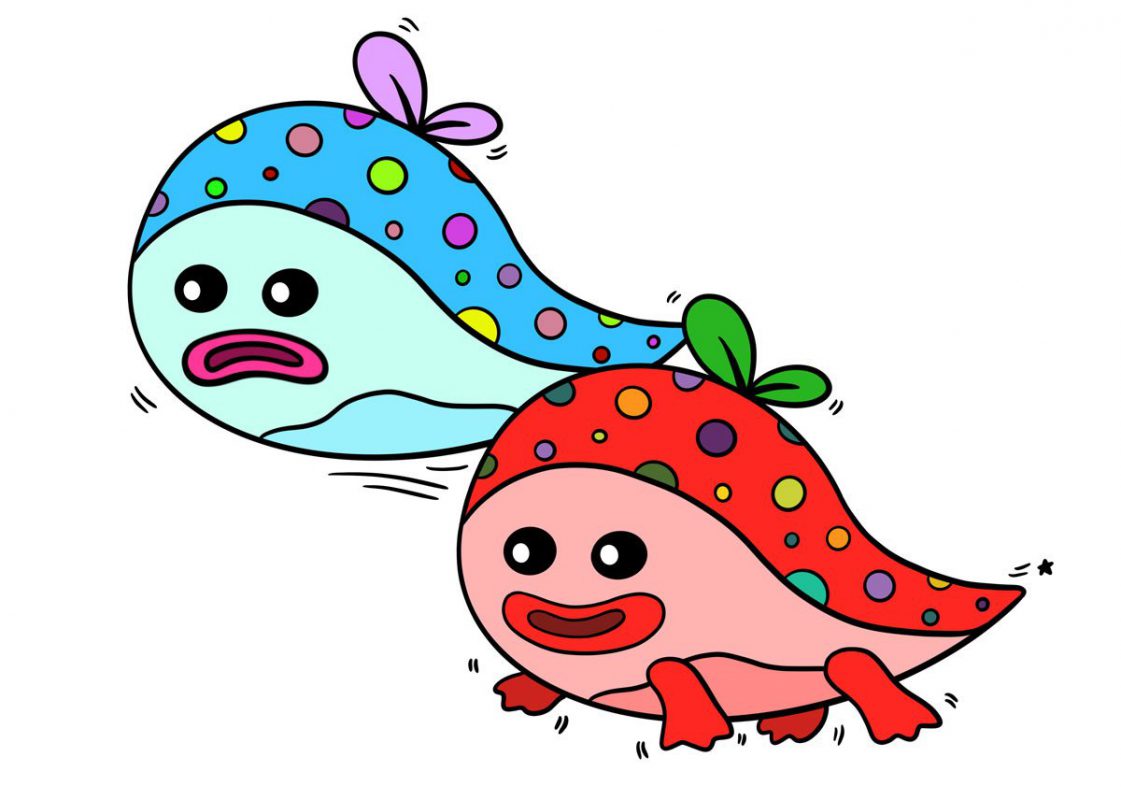 Strawberry Snail loves Peach Man like dogs love humans. They love to hang out with Peach Man, and they are always ready to give him a ride to safety.

They look cute but also love to cause mischief. Strawberry Snails evolved from strawberries, but one day all their genetics altered, and they grew legs and also became snails. Only the strawberries that were smart found their way out of the field and formed the society of Strawberry Snails.

Sometimes, when Duck Man is trying to find one to eat, they will pretend to be regular strawberries, and he usually falls for it. 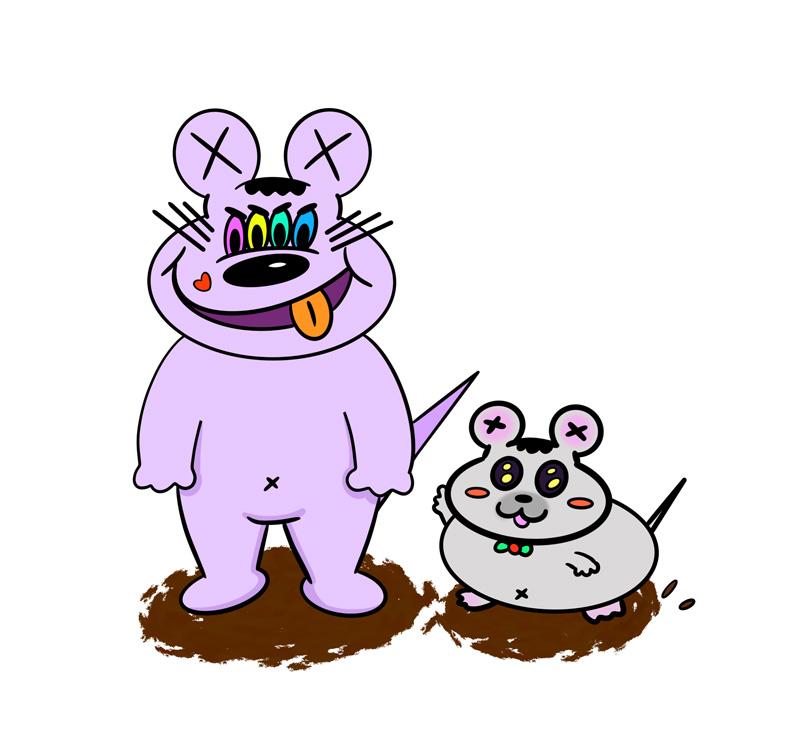 Ratty is an alien, disguised as a rat. He initially discovered the Anonymous Rat neighborhood, and has been meddling with the citizens ever since! Ratty usually seems pretty friendly, but his true intentions can be a different story! He loves to prank, confuse, and mislead all of the citizens and cause chaos among them!

Ratty’s friend Chinchirat loves to accompany him on all their adventures! But this doesn’t always work out, because the only food Chinchirat will eat is deep-fried peach flowers, and he’s continuously hungry too! But when he’s well-fed, they’re both ready to cause problems for Duck Man and Peach Man!